Most classes teach you to visualize energy.

But many visualizations only create sensations. They don’t create energy.

(We discover this by playing energy games.) 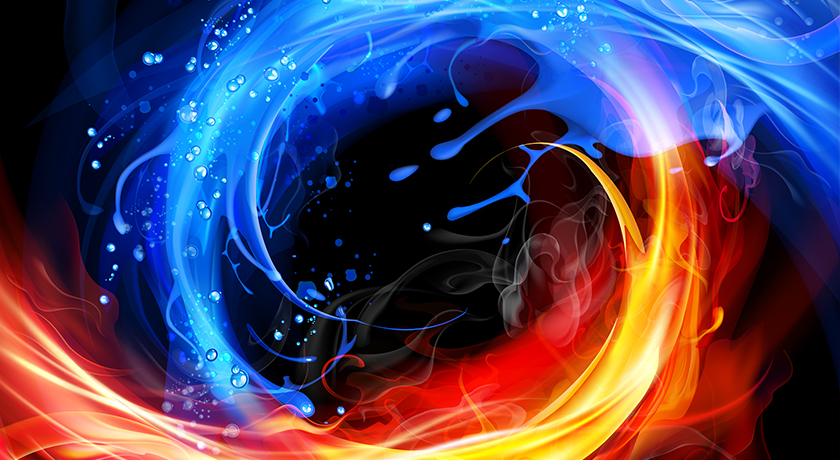 Here’s what goes wrong: Energy feels different to different people. Those sensations are like a language your unconscious uses to represent energy.

To create energy, it’s important to speak the same language as your unconscious. But when a teacher gives you a visualization, you’re speaking the language of their unconscious. That’s the problem.

The way to do that is to build your own visualization. This guide walks you through that process, so you can build, move, and release energy.

Most people have one dominant sense, usually tactile, visual, or auditory.

Tactile people tend to do best by imagining how energy feels to them.

Visual people tend to do best by imagining a visual representation of that feeling.

Auditory people tend to do best by imagining a sound that represents that feeling.

This section will guide you through creating a customized representation of energy using three senses: Tactile, visual, and auditory. If one of them feels best to you, focus on that one. If one or two senses feel bad to work with, feel free to omit them. You’re developing a way to communicate with your unconscious mind, so trust what feels right to you.

Just remember that when I say visualize, I mean not only the visual part, but also any auditory, tactile, kinesthetic, and other attributes you’ve associated with energy. (Don’t worry about getting it perfect. You can always adjust your visualization later.)

If you’ve felt energy, think about how it feels in your body. (If you haven’t felt energy, imagine how it might feel. Common experiences include tingling, pleasant pressure, and heat. Pick a sensation that speaks to you. You can always change it later.)

Imagine that sensation in the part of your body where you want to build or move your energy.

Next, think of a visual representation of that sensation. A few examples:

Those are just examples — there’s no one right visual, so create your own, whatever feels most natural to you. You can always change it later.

Think of a sound that might go with your visual. Does the static electricity crackle? Does the red glow hum? Or is your energy silent? Again, do whatever feels most natural to you.

To build energy, visualize the energy in your body. Most people do this by visualizing one sense (tactile, visual, or auditory), then addIng the second, and the third. If you know your dominant sense, start with that one. If not, just pick any sense.

Some people associate different meanings with those different sources and experiences — you can if you want, but you don’t have to. Your energy visualization communicates your intent to your unconscious mind. Visualize the energy coming from wherever feels most natural to you. You can always revise it later.

Take a minute now to visualize energy building in your chest and stomach. Imagine the feelings of energy in your body, and the images and sounds you created in the previous section. The visualization can be first-person, imagining the energy in and around you, or it can be third-person, as though you were looking at yourself. Take a few breaths to notice how it feels.

If you can’t express the visualization in words, that’s fine, just imagine the sensations, images, and sounds

To move energy in your body, visualize the energy moving to the new location. Focus on where the energy is going, not where it used to be.

Once you’ve felt the energy in your head, move it down into your chest, then into your shoulders, slowly down your arms, and into your hands. Pause and notice how that feels.

Place your hands on your legs, and visualize the energy moving from your hands into your legs and back up to your torso, making a loop. (If you’re new to energy, it may take some practice to create and maintain this loop.)

Take a few breaths to feel the energy flowing.

If you’re done with energy for now, you can release it.

(Don’t release it if you’re going to continue practicing. You’ll need the energy for the game.)

This is optional. Most of the time, it’s completely OK to keep the energy you build in your body. Occasionally, depending on the particulars of the energy you built, holding excess energy can lead to a headache, difficulty focusing, or just feeling off. Most of my students retain the energy in their body after practicing, and only release it if they feel off later.

To release energy, use the same visualization you used to build the energy, just in reverse: Visualize the energy going down into the earth (often called “grounding”), up into the sky, fading inside your body, or otherwise leaving. Whatever feels most natural to you.

What if you decide to hold on to the energy, or just forget to release it, and you develop experience a headache, difficulty focusing, or just feel off?

This will flush out the old energy and return your energy to its normal state. We’ll practice a version of this in the energy game, to ensure you know everything you need to handle even uncommon issues that can arise.

Congratulations! You just made your own visualizations for building, moving, quieting, and releasing energy, aligned to how your mind represents energy. You now have all the tools you need to start exploring energy.